During the four incredible months I spent studying abroad in London during college, a couple of life-changing things happened: I met three of my best friends, and I interned at one of the most incredible restaurants in the city.

If you’ve ever traveled to England and asked in-the-know foodies for dinner ideas, there’s a good chance that Dishoom was on their list of recommendations. The celebrated restaurant’s signature House Black Daal is well worth the hour plus wait, and don’t even get me started on their chai.

Over the last few months, I’ve found myself reminiscing about late evenings I spent at the bar with friends (am I the only one going through old photos during quarantine?) My unrequited cravings for their biryani and chole meant only one thing: it was time to order the cookbook. When it arrived, I eagerly flipped through the recipes and stopped in my tracks when I spotted one of my favorite desserts of all time: Dishoom’s famous pineapple crumble.

While a pineapple crumble already sounds like an interesting combination (especially for those of us who grew up in the south eating the usual berry and peach crumbles), there’s something extra special about this one.

Dishoom’s move of adding black pepper is a twist that doesn’t sound like it would work, but the heat from freshly ground pepper complements the fruitiness of the pineapple, and it’s magic.

Although I’m longing to hop on a flight and enjoy this late night sweet surrounded by friends at Dishoom, until then, this version will get me through. 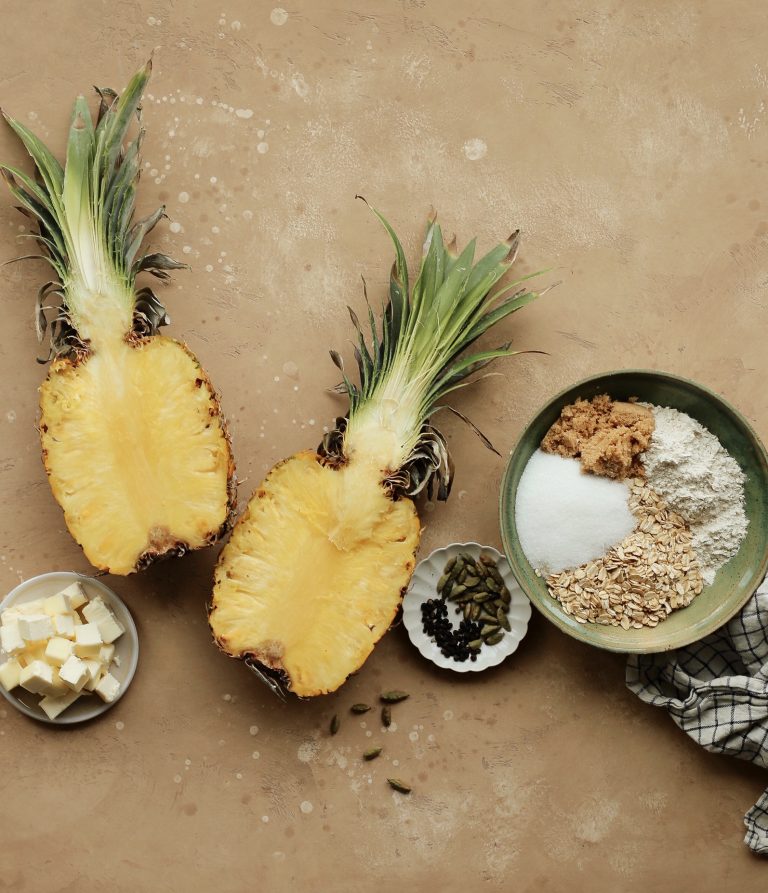 Over the last few months, I’ve adapted the recipe to punch up the spice and crumble. I prefer adding a little more black pepper than Dishoom’s original recipe asks for, and I’ve also added cardamom, my all time favorite Indian spice. I love the floral sweetness that it brings, and I really believe that it’s the perfect spice for any dessert. For both the pepper and cardamom used here, freshly ground is far superior in flavor, so don’t skimp on the good stuff.

For the crumble topping, I am firmly in the camp of people who want a near equal serving of crumble to fruit filling ratio. I love the crunchy oat topping here that almost resembles an oatmeal cookie and compliments the tropical sweetness of the pineapple. You can totally switch up the fruit with the season. Think black pepper and strawberries during the summer, and stone fruits with extra cardamom in the winter.

In the meantime, scoop up some ice cream and treat yourself! Scroll on for the recipe, with my adaptations… 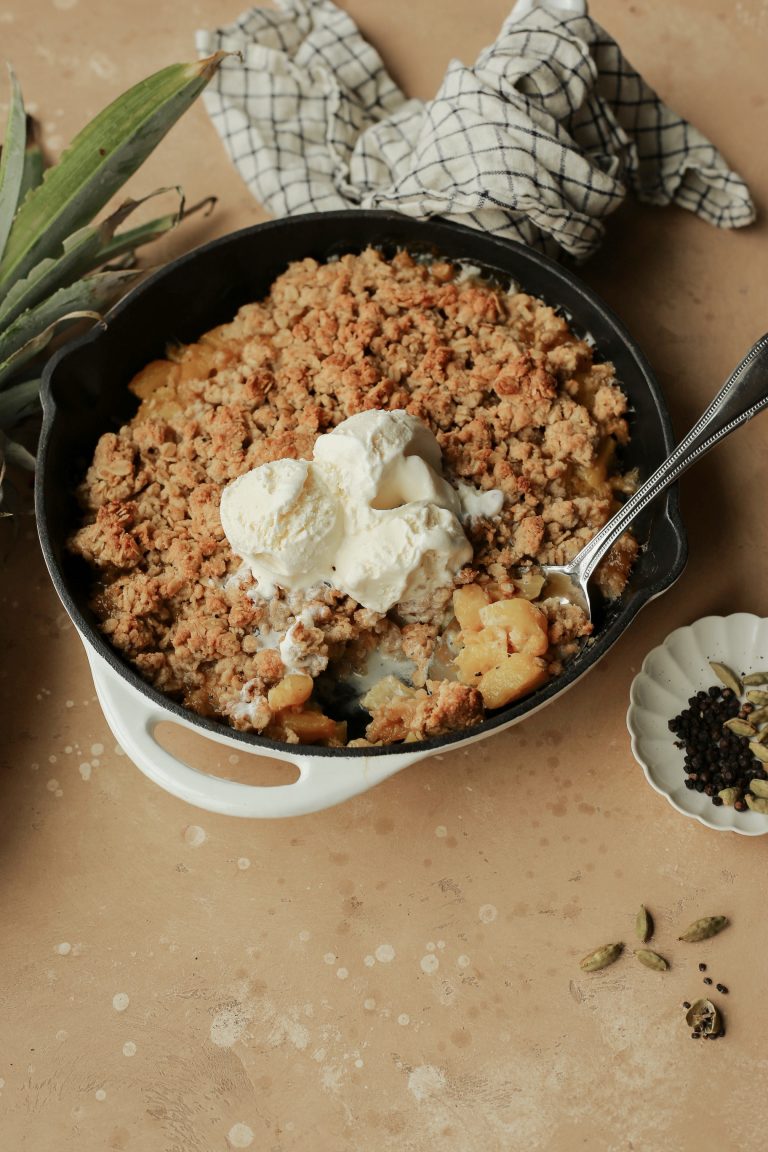 The 3-Ingredient Formula for the Perfect Capresé Salad

32 Energizing Affirmations for When You’re In a Funk

Samsung will reveal the next Galaxy Note on August 5 –...